How Much Can a Music Video Cost? 1 Professional's Useful Insight

Being one of the best promotional channels for music, a lot of artists wonder how much can a music video cost. I spoke to professional filmmaker and friend Tanne Sommer to get some insight into the industry. Naturally, the answer will have a lot of dependencies, but we’ll try to break down some numbers in this post in order to get a more detailed perspective. 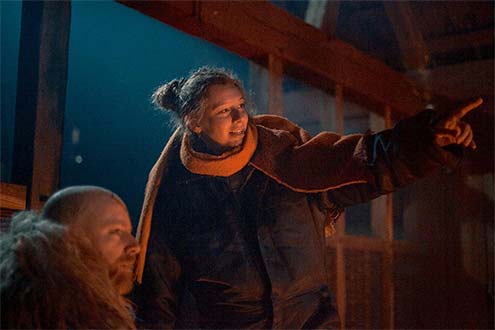 Before even going into the details of your video, Tanne admits “it can be very different from one music video producer to the other.”. I would also add here that where you are based will probably make a big difference. Keep that in mind moving forward, while numbers will probably need to be adjusted based on where you are and who you speak to, it’s still useful to know what affects the overall music video cost if you’re planning on making one.

Tanne continues “Some music video producers, like myself, have a standard price. Mine is 1700 euros, which is relatively cheap. But if the artist wants something special, like (most commonly) underwater shooting, costumes, or special locations, they would have to pay for that as well. I also require that the musician pays for food, snacks, and transportation for the filmmakers and actors (if there are any)”.

Very informative and makes sense if you think about it. From a music video producer’s perspective, they require a standard rate for their own part of the process. But a music video can be the artist singing in a room, or a full-blown storyline with actors intertwined with dance squad shots in multiple locations and special effects. All of those extra people, locations, and work will add to your music video cost, so plan accordingly.

Now the more bargain hunter types of you might be thinking you can get a better deal, perhaps by hiring an amateur filmmaker. It’s certainly an option, but there are a few things to keep in mind according to Tanne. “I have my own equipment and so on, but some (maybe less professional producers) don’t. Some music video producers just want the musician to pay for all the music video costs, and they will do the music video for free.”. This might seem appealing at first but she continues “the cost of equipment, rent, and everything will probably cost around 2300 euros.”.

So once again, even if you approach a less established music video producer, it’s going to depend on how much of the equipment they can bring as well as all the above extra costs we mentioned. A filmmaking student might be desperate to make their first break into professional work but they’re probably not going to pay out of pocket for additional costs. Still, I would advise offering whatever you can for their services.

And in case you were wondering about the higher end of the spectrum, “the most established filmmakers that live off making music videos charge around 7000 euros for a video.”. As another alternative, we have previously discussed the cost of a lyric video, where we explained our own pricing system, as well as our compared them to music videos from a promotional mindset.

Finally, I asked Tanne what tips she would give to someone who’s never done this before, and what are some common mistakes to avoid. “Be sure to settle EVERYTHING with the music video producers beforehand. Transport, food, actors, locations, as well as how many months post-production will take. Many musicians think they can shoot a video and have it finished the week after, but that’s not the case. It can take months to edit a video.”.

I know for a fact this will be very important for many artists. While making lyric videos I often have clients approach me with a 24-hour deadline, which I personally charge extra for. Avoid putting yourself in that situation and plan your music videos shoot early, and allow for enough time for the editing process. 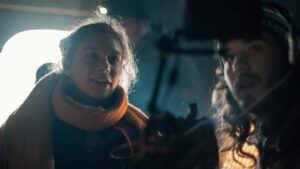 I met Tanne in Copenhagen in 2011 when she was just starting out on her filmmaking career. It’s been so cool to see her develop into the professional filmmaker she is today. If you happen to be tuning in from Denmark, she comes with the highest of recommendations. To finish off, I asked Tanne if she would like to share some of her work in music videos and she left me with some links, enjoy!